Bill Gates is a co-founder of Microsoft who has born on 28th October 1955, in Seattle, Washington, United States. His nicknames are Bill & Trey. Gates held Chairman, Chief Executive Officer (CEO), President, and Chief Software Architect during his career at Microsoft. His net worth is almost 11,330 Crore US Dollars.

Bill Gates is the son of William Henry Gates Sr. (Father) and Mary Maxwell Gates (Mother). His father was a prominent lawyer. He has two sisters named Libby Gates and Kristi Gates.

Gates was admitted to the Lakeside School, where his interests developed in computing. He was just 13 years old when he wrote his first software program on the school’s computer.

Gates graduated from high school in 1973, where he was a National Merit Scholar and scored 1590 out of 1600 on the SAT. He joined Harvard College later the same year.

As a college student, he spent a lot of time on computers though he was not interested in studying other subjects. His friend Allen took some decisions and suggested that they drop out of college to start a business. Gates and his friend Paul Allen collaborated to found Microsoft in 1975.

In the beginning, they adapted the primary popular programming language to use on microcomputers. This idea worked successfully, and they continued to develop programming language software for various systems. In 1980, the duo was approached by the international business machine IBM.

You may also like: Hillary Clinton’s Biography, net worth, age

Microsoft created the PC DOS operating system, which they delivered to IBM in exchange for a one-time fee of $50,000. Microsoft launched its first retail version of Microsoft Windows on November 20th, 1985, as a graphical operating system shell for ms-dos. In August of the following year, the company struck a deal with IBM to develop a separate operating system called os/2.

Over the next few years, Windows captured more than 90% of the market. The company saw remarkable financial success, and being the company’s largest individual shareholder; Gates amassed a great fortune.

Microsoft introduced Microsoft Office in 1989. Applications like Microsoft Word and Excel are integrated into one system that was compatible with all Microsoft products. The success of MS Office brought a different life to the operating system for Pcs.

Microsoft released its first version of Windows in 1990. In 1995, Windows 95 was released with new standard settings and features for operating systems. Windows 95 has been the backbone of all future releases from Windows 2000 to the latest XP and Vista.

During this time, the Windows CE operating system platform and the Microsoft Network were among the innovative solutions developed. In January 2000, gates stepped down as the chief executive officer of Microsoft though he retained his position as chairman.

He built the new role of Chief Software Architect for himself. Gates gradually transferred his duties to others at Microsoft and started spending more time on philanthropic works over the next few years.

He held the post as chairman of Microsoft in February 2014 and currently assists as a technology adviser to support CEO Satya Nadella.

You may also like Alfred Nobel Biography, Quotes, Inventions & more. 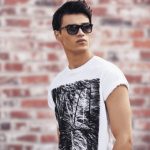