Kev Adams is a comedian, actor, screenplay, and film producer born on 1st July 1991 in the 16th district of Paris, France. Kev is well known for The New Adventures Of Aladdin (2015), The Spy Who Dumped Me (2018), and All That Divides Us (2017). He is an active personality on social media. He has around 6m followers on Instagram.

He is the son of Thierry Smadja (Father) and Nathalie Smadja (Mother). His mother is of Tunisian Jewish descent, and his father is a real estate agent of Algerian Jewish descent. His two younger brothers are Noam and Lirone.

He stands at a decent height of 5 feet 8 inches and weighs 70 kg. He has dark blonde hair and brown eyes.

Adams started doing theater when he was just 7 years old. Elisa Soussan approached Adam who asked him to perform at the Carte Blanche show which was held in Paris, in 2009. The performance was broadcast on Paris Premiere which helped him get the proposal for an opening act of a Gad Elmaleh show at the Palais des Sports.

Adams is mainly known for touring shows like The Young Man Show (2012) & Voila, Voila at the Bataclan (2013). The same year, he got a huge success with the French comedy film Serial Teachers.

In 2018, he had success in two movies and they are Gangsterdam and Rock’n Roll.

You may also like: Copy link: Megan Fox Biography, Age, Height, and Net Worth

He is a multitalented personality who belongs to the entertainment world. The estimated Net Worth of Kevin Smadja is $1.5 million, as of 2022.

Adams is the biggest fan of Bollywood Actress Kangana Ranaut. He became her fan after watching the Award-winning film Queen.

He was also surprised to know about the fan following of the Megastar Amitabh Bachchan. 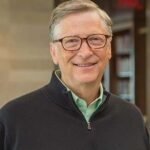