Billy Gardell’s Net Worth: A American actor and comedian best known for playing the role of Mike Biggs on Mike & Molly. Furthermore, he performed the role of Billy Colivida on Yes, Dear and played a police officer role in the many episodes of My Name Is Earl.

But, after the massive success of this television show, Billy has amassed an enormous following. However, the fans are always curious about ”Billy Gardell’s Net Worth.”

Billy Gardell is a famous comedian and star in the United States. His first introduction to comedy came when he worked at a local club, and his co-workers challenged him to perform at an open mic.

According to Celebrity Net Worth, Billy Gardell has an estimated net worth of $8 million as of 2022. He struggled a lot throughout his life. His hard work and determination have helped him achieve great wealth and popularity.

By Profession: Actor and Comedian

You may also check the net worth of an American basketball player, Tyrese Maxey.

On August 20, 1969, Billy Gardell was born in Swissvale, Pennsylvania, United States. His real name is William Gardell Jr., and he is currently 52 years old. Billy holds American nationality, and his birth sign is Leo.

You may also read the biography of a social media star, Mia Kim.

How Did William Gardell Jr. Become Famous as Billy Gardell?

He appeared in his first comedy album, Billy Gardell: Throwback, in 2006. Later, in 2013, his comedy special Billy Gardell Presents Road Dogs was released. As Billy, he also appeared in a few television series such as The King of Queens, Yes, Dear, Heist, Alive ‘N Kickin’, and Comedy Central Presents.

In this way, the name ”Billy Gardell” was associated with his professional career, and people started knowing him by that name.

Billy was born and raised by William Gardell (Father) and Linda Gray (Mother) in Swissvale, Pennsylvania, United States. His parents divorced when he was a little kid. After his parent’s divorce, he moved to Florida with his mother and two little siblings, brother Brian and sister Lisa. Billy once stated that living in Florida was a positive experience for him. Due to the financial crisis, Billy started working at a department store at 15.

He began working at Bonkerz comedy club in 1987, where his jobs were cleaning bathrooms and answering phones. His co-workers challenged him to perform at the comedy club’s open-mic nights on December 28, 1987. It was Billy’s first standup comedy, and he performed it very well.

Billy said he couldn’t cover the bet if he didn’t do an open mic night. He was muttering that he would do it. Billy’s co-workers bet that Billy wouldn’t. Eventually, he opened for American talk show host Dennis Miller and comedian George Carlin.

Billy attended Winter Park High School in Orange County, Florida, U.S., and completed his graduation. He has not disclosed much about his higher education and academic life. We will update it as soon as we get information regarding this particular topic. Hit the bell icon and tick the box to receive updates on the latest content.

In 2001, superstar Billy Gardell married Patty Knight. After spending two years of married life, the couple welcomed a baby boy, William Gardell, in 2003. In a USA Today article, Billy stated that he once thought of retiring from his job to spend more time with his little son.

Billy stands at a decent height of 5 feet 11 inches and weighs 95 kg. He is a big man, and before the weight loss journey, his body weight was around 160 kg. Billy has brown hair and eyes. You may also check his Mike & Molly co-star Melissa McCarthy’s Weight Loss Secret.

Billy has amassed over 3200 followers on his Instagram profile @billygardell. But, it seems that he is not active on Instagram. He has a Twitter account with the username @BillyGardell, where he has earned over 51.5k followers. 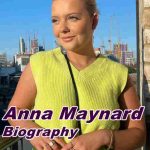