Hardik Pandya is an International cricket player of the Indian team born on 11th October 1993 in Choryasi, Gujarat, India. He is an all-rounder who bowls right-arm medium-fast & right-hand batsman. In IPL he played for Mumbai Indians. In 2022, Hardik became the captain of the new IPL team, Gujarat Titans.

He is the son of Himanshu Pandya (Father) & Nalini Pandya (Mother). He has a brother named Krunal Pandya. Krunal is also an international cricket player. Hardik is engaged with a Big Boss (Hindi season 8) ex-contestant, Natasha Stankovich. They are blessed with a baby boy on 30th July 2020.

The all-rounder Hardik and his Fiancee Natasha Stankovich (actress) were blessed with a baby boy on 30th July 2020. A new little guest arrived at his house. So all the members of his family are happy and excited. Hardik posted a pic on Instagram.

Hardik stands at a decent height of 6 feet and weighs 68 kg. He has dark brown eyes and black hair. His body type is athletic and he is physically fit.

Hardik studied at the MK High School. Later he dropped out to focus on cricket.

Hardik has been playing for the Baroda cricket team since 2013, in domestic cricket. In the 2013-14 season, he played a vital role in Baroda winning the Syed Mushtaq Ali Trophy. He is well-known for scoring quickly. Later on, he got the opportunity to play in the Indian Premier League.

He was selected for the Mumbai Indians team, in the 2015 IPL season. In a match against Chennai super kings, Pandya gave an excellent performance. He scored quickfire 21 runs off just 8 balls and also took three important catches. Later on, in a must-win situation against Kolkata Knight Riders, Pandya scored 61 runs off 31 balls only and helped his team to win the match.

His capability of hitting sixes is outstanding. In 2017, Pandya scored 30 runs in the last over of the innings against the bowler Ashok Dinda. In the 2019 IPL season, he gave an all-around performance. He played 16 matches and made 402 runs and took 14 wickets. This was the best IPL season for him. His batting strike rate was almost 170.

On 27th January 2016, Pandya made his T20 International debut against Australia. He took two wickets in that particular match. Chris Lynn was Pandya’s first T20I wicket. On 8th July 2018, he achieved his career-best bowling figures of 4 for 38 against England and also scored 33 runs in just 14 balls. In 2022, he became the captain of the new IPL team, Gujarat Titans. Throughout the IPL 2022 season, he gave a complete performance with the bat and ball.

Hardik made his ODI debut on 16th October 2016 against New Zealand at Dharamshala. 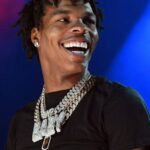 Is Lil Baby a self-made Millionaire? 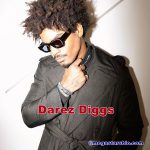