Shraddha Kapoor ( Born on 3rd March 1987) is a talented, gorgeous Indian Bollywood film actress. She mainly worked in Hindi films. She is one of the highest-paid young actresses in Bollywood. Shraddha is the daughter of Bollywood well known renowned Villan Shakti Kapoor and famous actress Shivangi Kolhapure.

Shraddha is a very talented actress who achieved massive fame in a concise period of time, and she dropped college due to taking entry into the Bollywood industry.

She is not the only actress but also has a Singing talent. In Kapoor’s family, the Young gorgeous Diva is a trained Singer due to her mother and maternal grandfather being experts in classical music.

Recommended web story: Varun Dhawan was spotted riding a bullet through the streets of Kanpur. Know which film is being shot.

Shraddha Kapoor was born in a family where acting and singing were raised and culture in their Blood. She was born in a Hindu family, but her mother, Shivangi, is of Marathi and Konkani ancestry Background, and her father comes from Punjabi descent.

She has a brother Siddhanth Kapoor, an actress, another hand, and a director in the Bollywood film industry.

She has two aunts, Padmini Kolhapure and Tejaswini Kolhapure; both are part of the Indian film Industry. She is a great nice of Famous Singer Lata Mangeshkar, Meena Khadikar, Usha Mangeshkar, Asha Bhosle, Hridaynath Mangeshkar.

See also  Does Sai Pallavi make up during the Shooting? 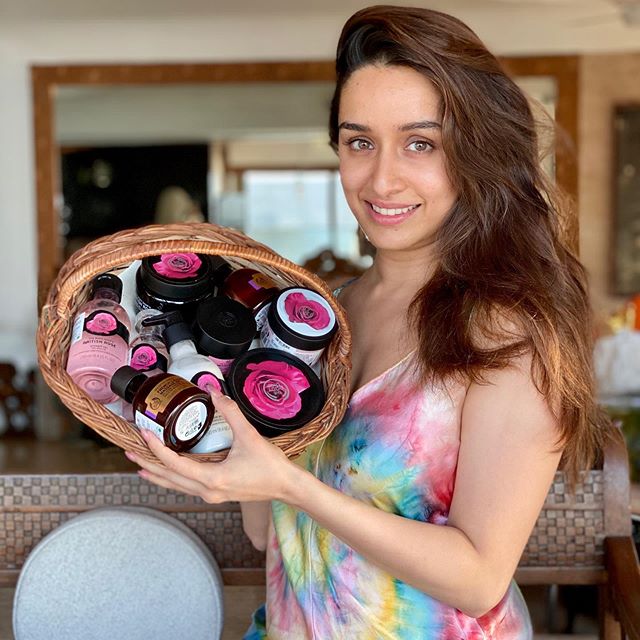 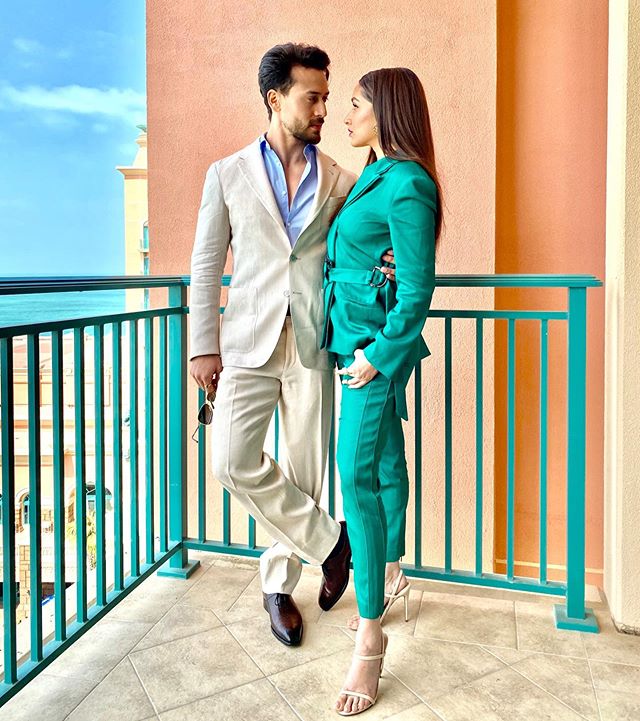 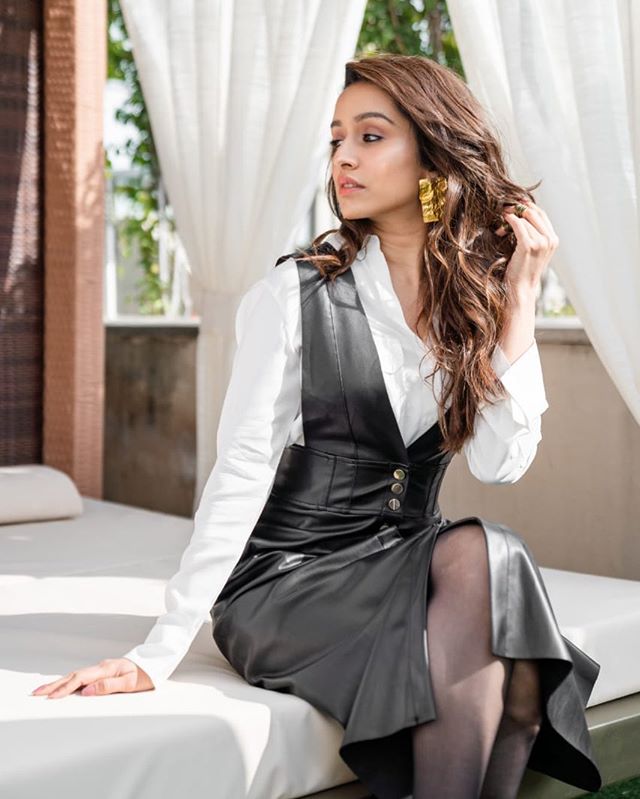 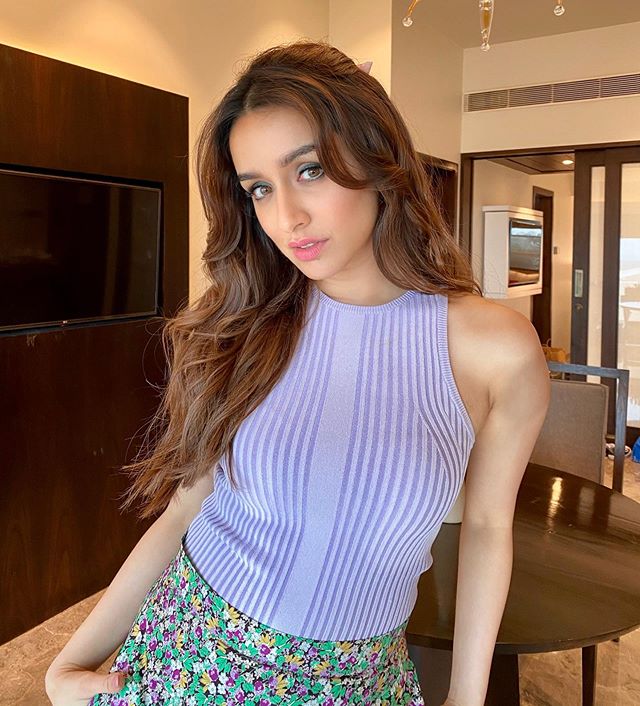 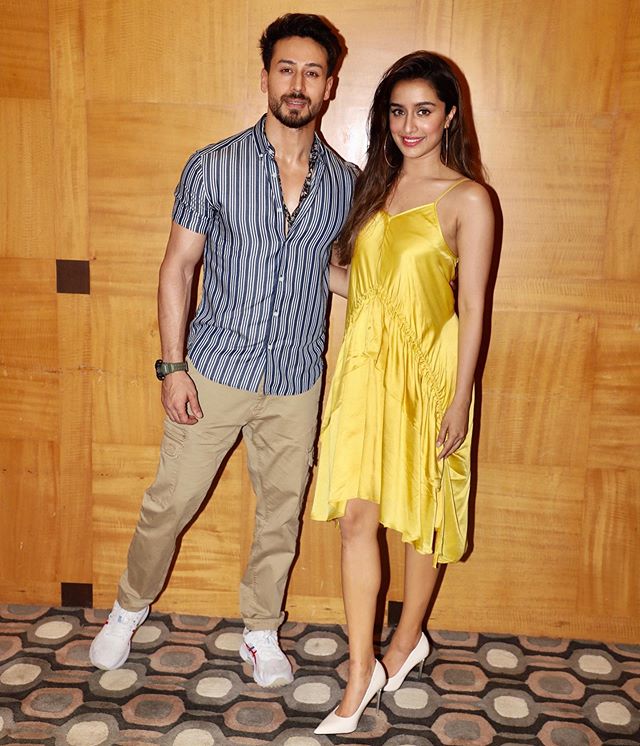 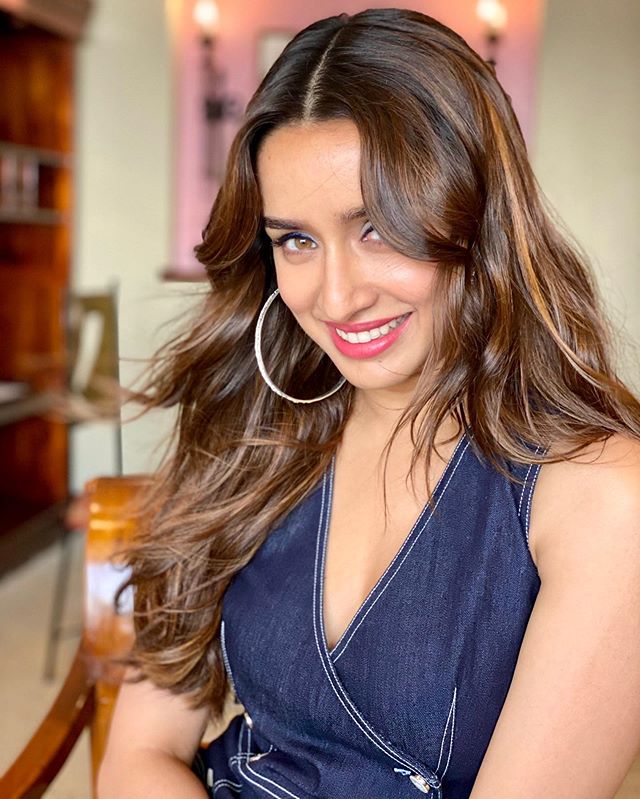 Millions of Shraddha Kapoor fans are mad for her fitness, makeup, and lifestyle to keep her fit and active as she is one of the talented and highest-paid actresses in the Bollywood industry. She is a dreamgirl of many youths and a glamorous role model of many young ladies nowadays.

Shraddha Kapoor’s height is 5’5″ ( 5 feet 5 inches). Weight around 52 kg. She is a cute and physically fitted girl and aware of fitness. She workout her fitness freak lady makes her body physically fit and healthy. She has black hair and hazel brown eyes.

She was a very bright student during her school life. She completed her education at Jamnabai Narsee School, and later she was admitted to the American School of Bombay, Mumbai. It is said that She is dropped out of Boston University, USA.

Shraddha started her career in 2010 as an actress in the film “Teen Patti” where she was nominated for the Filmfare award. But the Flim Teen Patti did not do well. Three years later, she came into the limelight and became famous when the “Aashiqui 2” hit in 2013.

She was raised in a cultural family, and singing Song is in her blood. She has talent in acting, but she is trained as a singer in her home as her mother, and maternal grandfather are also classical Singers.

In 2014 she recorded the song “Galliyan” for the film “Ek Villain.”

She has appeared in many Hindi Bollywood films after that, Among them “EK Villan,” “Luv ka The End,” “Ok Jaanu,” “A Flying Jatt,” ” Half Girlfriend,” “Haseena Parkar,” “Gori Tere Pyaar Mein” with Most successful Movie with Megastars Tiger Shroff “Baaghi” in 2016 and Many more. Shahid Kapoor worked with her in The film Batti Gul Meter Chalu, a famous film based on electricity.

Some unknown facts About Shraddha Kapoor

Shraddha Kapoor was a bright student. She Scored 95% in her Class Twelve – XII exams. Her parents wanted her to choose the academic field; beauty with Brain heard her heart and pursued her an acting career.
She loves to Drink Tea. But She doesn’t Smoke. She hates smokers.
She Some times tests for Alcholol.
Shraddha Kapoor acted like a Tomboy and used her parent’s clothes and danced in front of the mirror when she was a child.
When she was a child, her father took him to various shooting locations. When they have time, they also spend some quality time with family.
Varun Dhawan and Shraddha Kapoor are both childhood friends. Often they love to dance together to Govinda’s Film songs.
Shraddha Kapoor, Tiger Shroff, Athiya Shetty, and Krishna Shroff ( Tiger’s Shroff) sisters are schoolmates.
Her favorite movie was “Andaz Apna Apna” the movie was starred, Shakti Kapoor.
She is a brain with beauty, an all-rounder, and a talented actress with multi-talented personalities in Acting, Dancing, Singing, Drama, sports, and other social activities.
She had a massive crush on Hrithik Roshan, and Her favorite actor is Amitabh Bachchan.
She loves to collect different models of shoes.
Her favorite actress is Sridevi from Mr. India Film.
She loves pets and has a dog named Shyloh.
She is certified and trained Scuba Driver but scared of Lightning.
She is one of the highest-paid actresses in the Bollywood film Industry.
She is non-veg, likes, and loves to eat Rawa fried fish, and fish curry.
She loves how suey and jalebi.
Her nickname is Chirkoot.
Shraddha Kapoor is the Official Brand Ambassador of Vaseline, Lipton, Veet, Dulux, Lakme India, and many more.
She refused Salman Khan’s offer When she was 16 years old, Studying at Boston University.

Who is Shraddha Kapoor’s husband?

She is Single and Unmarried right now as of July 2020.

What is the qualification of Shraddha Kapoor?

What is the Shraddha Kapoor age?