She has been affectionate in acting since childhood. Sareen is one of the most expensive television actresses who was born in India. Akansha Sareen is known for her Mirzapur season(2018), Laal Ishq(2018), and the Empire(2021).

She is the daughter of Sandip Sareen and Anju Sareen. Her brother’s name is Aakash Sareen.

She is an actress and model well known for her appearance in the hit songs Jaan (Happy Raikoti), Paune Ath (Ranjit Bawa), Dil Darde (Roshan Prince), etc. She worked in TV serials like Shaadi Mubarak, Yeh Teri Galiyan, Dil Toh Happy Hai Ji, Laal Ishq, etc. She also appeared in a Punjabi Film Angrej in 2015. Sareen appeared as a dancer in Mirzapur (2019).
You may also love to read: Vadivelu net worth

Watch the preview of the Television Show Shaadi Mubarak……

She appeared in the Punjabi Film Angrej in 2015. She also worked on the web series Mirzapur (2019). It is not confirmed whether she will appear in Mirzapur Season 2 or not.

She has got the title of the Miss Divya Chandigarh Award.

Some unknown facts About Akansha Sareen

Started her career in modeling and participated for the first time in Miss Delhi NCR 2014. 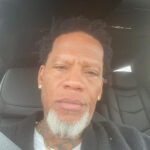