She was the daughter of Chandi Charan Sen (Father). He was a judge, writer, and a leading member of the Brahmo Samaj. Her brother Nisith Chandra Sen, was elected mayor of Calcutta, while her sister Jamini was a doctor of Nepal’s royal family. Kamini married Kedarnath Roy in 1894. She had two children.

In college, she met with a student Abala Bose who was well known for her social works in women’s education and to improve the condition of widows. Friendship with Abala Bose increased her interest in advocating for women’s rights.

Roy fully supported Ilbert Bill. During the tenure of Viceroy Lord Ripon, the Ilbert Bill was brought in 1883, under which the judges of India were also empowered to hear such cases. This was opposed by the European community, but Indians started arousing in its support.

Kamini went out of her house to encourage other poets and writers. She visited Barisal and encouraged Begum Sufia Kamal, in 1923. Later in 1930, she became the President of the Bengali Literary Conference. In 1932-33, she became the Vice-President of the Bangiya Sahitya Parishad. Kamini was inspired by Rabindranath Tagore (He was a great Bengali Poet, Writer, and Composer). Rabindranath Tagore was three years older than Roy. She was honored with the Jagattarini Gold Medal from Calcutta University. Google commemorated Kamini Roy with a Doodle to celebrate her 155th birth anniversary.

She took her last breath on 27th September 1933, aged 68, in Hazaribagh, then a part of the combined Bihar-Odisha province. 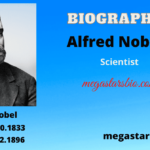 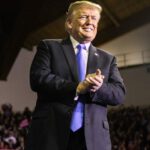