Hon’ble President Ram Nath Kovind, the 14th president of India, will complete his term in 2022. On the other hand, the NDA made a very smart political move by nominating Draupadi Murmu as its candidate for the 2022 election instead of the opposition’s Yashwant Sinha.

As a result of this, the alliance’s case for upcoming elections has definitely strengthened. She was the 9th Governor of Jharkhand in 2021. Murmu is a tribal leader in Odisha who also comes from Odisha. Check out the following article to learn more about Draupadi Murmu’s personal and political life.

If she wins the presidential election which is going to happen in next month July 18th, 2022,   Draupadi will be the first woman from Odisha to reach the country’s highest office. She also will be India’s first tribal (Adibasi) President of India and the second woman after Smt. Pratibha Devisingh Patil.

A presidential election is about to take place in the country, and as such, the ruling party BJP, and the opposition, have started releasing the names of their candidates. Former minister and IAS officer Yashwant Sinha has been proposed by the opposition, while Draupadi Murmu has been proposed by the ruling party. Let’s learn about BJP’s presidential candidate Draupadi Murmu and her special qualities.

The presidential election will be held in July. Both the government and the opposition have announced their candidates. Draupadi Murmu is the candidate of the BJP-led National Democratic Alliance (NDA). Find out who Draupadi Murmu is, who was the Governor of Jharkhand, and how her political journey has been so far.

Draupadi is an Odisha native of tribal descent.  In the Mayurbhanj district of Odisha, Draupadi was born on June 20, 1958, as a member of the Murmu tribe. Graduated from Ramadevi Women’s College, Bhubaneswar, she started her career in the Government of Odisha as a clerk. As a junior assistant, she worked in the state’s Irrigation and Energy Department.

After becoming a teacher, she was appointed an honorary teacher at Sri Aurobindo Integral Education and Research Center, Rairangpur.

Draupadi Murmu’s Work as a teacher

Her childhood was marked by extreme deprivation and poverty. She continued to work hard and graduated from Ramadevi Women’s College, Bhubaneswar, despite her circumstances. Draupadi Murmu began working as a teacher for her daughter.

Before entering politics, Murmu worked as a teacher. From 1979 to 1983, he worked as a junior assistant in the Department of Irrigation and Power. Between 1994 and 1997, he also served as an honorary assistant teacher.

During his political career, Draupadi Murmu served as a councilor. In 1997, Murmu served as a counselor at Rairangpur Nagar Panchayat, where he was also its vice-president. From Rairangpur, she was twice elected to the BJP legislature in 2000 and 2009. When he was an MLA, he held ministries including commerce, transport, and fisheries. The Biju Janata Dal and BJP were leading a coalition government in the state at the time.

Additionally, she served as a minister in the coalition government of the BJD and BJP from 2002 to 2004. Upon the formation of Jharkhand in 2000, Draupadi served as its first governor for five years. In addition, she served as governor of the state from 2015 to 2021.

In 2015, Jharkhand had its first female governor. Murmu was named Governor of Jharkhand on May 18, 2015, held the post for more than six years, and left his office on July 12th,  2021. She was the state’s first woman governor. After becoming governor, Murmu stepped away from BJP politics.

Remarkable Work as a Governor

A bill submitted by the BJP government was returned by Murmu as governor. Murmu performed many commendable works during his tenure as Governor of Jharkhand. A bill he returned to the BJP state government was his most daring act.
To protect tribal lands, the government led by Raghubar Das amended the Chotanagpur Tenancy Act and the Santhal Pargana Tenancy Act in 2017. Assembly members passed these amendments, but Murmu returned them, saying they would have no benefit for tribal members.

Draupadi Murmu was born on 20 June 1958 in Baidposi village, in the Mayurganj district of Odisha, to the tribal ethnic group Santhals. Draupadi Murmu’s father’s name is Biranchi Narayan Tudu. She married Shyama Charan Murmu. She has lost her husband and two sons untimely. She has an only daughter, Itishree Murmu, and a grandchild.

Murmu’s life was filled with extreme suffering, and full of struggle. As we already said Murmu Ji lost his husband, and her two sons tragically in her early life. After Shyam Charan Death she is the only person in her family who took all responsibilities on her own shoulder.

A 2009 affidavit indicates that he did not own a car and that he had accumulated capital of Rs 9 lakh. In addition, he had a loan of Rs 4 lakh.

With the numbers of parliament and assemblies and the candidate of the opposition, it would not be exaggerating to say Murmu’s victory is almost certain.  If she wins the election she will be holding a few records as follows.

This is all about Draupadi Murmu’s Biography, please share your feedback and any information that is skipped, it will be helpful for this article. Thanks for reading and keep visiting megastarsbio.com to know more about such interesting stories. 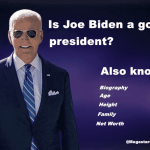 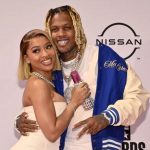 Did Lil Durk and India Royale Cheat each other? 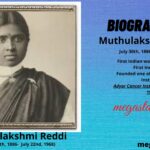 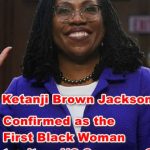 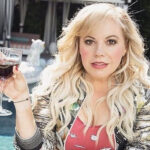