Manike Mage Hithe, these three words and magical lyrics may hit your ears many times nowadays because this song is now become viral and trending on social media platforms.  Despite being non-understandable language, these mystical lyrics create a solid impression to any person, irrespective of cross-border language distinction.

People watching this viral song many times, and remakes of these songs have been publishing in various languages, like Bengali, Tamil, Telegu, Hindi, Marathi, and much more. Even Celebrities are also sharing their reels on Instagram posts. Recently Amitabh Bachchan also shared his reels on his Instagram.

So Yohani, aka Yohani Diloka De Silva, is the original singer, composer of the viral song “Manike Mage Hithe,” and the music is written in Srilankan Language.   On July 30, 1993, Yohani was born in Srilanka; she got international recognition when she released this song. After getting viral, Diloka became known as Rap Princess of Srilanka. She gave a live performance at the Red Bull Presentes Concerts, along with Gathiya N Santosh.

Yohani spends most of her childhood traveling in various places and countries with his family. Due to that, she has lots of experience in different regional languages. She can easily sing-song in Bollywood Hindi; you can listen to them on her youtube channel.

She continued her education at Sir John Kotelawala Defence University and got a Bachelor of Since Degree in Logistics support in 2015. Yohani  Completed her master’s degree in Professional Accounting from  Central Queensland University,  Melbourne, Australia, in 2017.

When YoHani Started Her Musical Journey?

Yohani De Silva gained massive popularity over social media platforms, especially Instagram, Youtube, Facebook, and much more. People openly accepted facts that though the language is not understandable, everyone hooked on the song it’s the first time. The audience didn’t get the meaning of this Sinhala song, “Manike Mage Hithe,” but the fantastic lyrics got into their heart.

Her mom first identified her talent and passion for music at a very young age, and she helped her direct her desire to pursue his career and achieve her goal.

But it’s a fact that she didn’t get success quickly, had to wait for four long years for global recognition.  Yohani De Silva started her musical journey 5 years ago and waited 4 years to get such massive credit.

After completing her B.Sc in logistics from Sir John Kotelawala Defence University, she started an internship at CMA CGM.  In 2015 she met with Dilanjan, Co-founder of Pettah Effect and Theewra.

She started working as a supply chain manager at accolade on the leading FRP Technologies, which is known for manufacturing vehicles spare parts.  But finally, that day came when with the help of Dilanjan, Yohani started his Youtube channel in her name, “Yohani” Youtube channel.

Yohani started his musical career after returning from Australia in March 2019.  Then signed a contract with Pettah effect, co-founded by Dilanjan.  Her first live performance Concert was “Rendezvous” in June 2019.

Yohani magical, beautiful look and charming personality with holistic performance attracted people. Her natural affinity to engage people and make close bonding through her music become helpful to create public engagement. After getting success, she makes lots of public lives at lakeside’s Colombo.

Doing live concerts, she also keeps publishing several individual  Youtube covers. Her next breakthrough came when she came through Red Bull Presents,  Sri Lanka, and, Luckily, Yohani was one of the nine artists and big names like Bathiya and Santhus(Bns), Lahiru Perera, Nardo, etc. They were selected for the live performance. Red Bull is known as one of the leading big names in Sri Lankan Industries.

Yohani chooses to perform “Pop Hits mash Up,” which breaks into the Sri Lankan Market and gets 10 million views.

Finally, in 2020 Prima Kottu Mee Signed Yohani as their Brand Ambassador for two years. It’s an honor for her. This was her first Brandandrossment.

In starting pandemic in the first wave of Covid-19 in Sri Lanka, She visited Dubai with Lunu and performed “Yohani Live in Dubai.”  Then she visited the UK, where she took part in the “Ridma Ratharia Dinner Dance” accompanied by Lahiru, organized by Lakshya Welfare Foundation.

In between lockdown imposed by the government, But brilliant Diloka started entertaining her through her youtube channel also. She also participated first “Drive-in Concert”  produced by Showtime Entertainment, with the help of the Secretary of Defense and Tri-Force, in Sri Lanka.

The Dive-in Concert became history and took ranking first in Asia, and it ranked 10th Worldwide. In this Concert, Yohani Shared the stage with the most popular Celebrities and artists like Umaria Singhwansa,  Bathiya Jayakodi, Santosh Veeramnan, Bathiya, and Santosh, Anushka Udana, Vasti production, and more.

The pandemic witnessed a drastic decline in public performance, but the concert was organized with strict health and safety guidelines. It gives a boost to the entertainment industry. To support the Covid-19 pandemic situation organizer donated all revenue from these concerts to “ITUKAMA” Covid-19 Healthcare and Social Security Fund  Sri Lanka.

See also  Who is Narvel Blackstock? Check His Net Worth, Affairs, Dating, Ex-wife and more

Strict Lockdown caused many live concerts to stop, but Yohani started virtually entertaining her fans through her Youtube and her Instagram channel.  In August 2020, She signed a contract by Red Bull Records for a Single. His first Debut Single, “Aaye,” was premiered in August 2020.

Aaye, bring her track one step ahead of Personal Musical Jurney. People liked her single, and Yohany experienced a deeper inside and included her to produce many singles.  Yohani gives lots of attractive singles to her nations.

Her second stunning single, “Sitha Dawuna,” a collaboration with Chamanth Sangeeth in September 2020, makes her famous. The song was blended with emotion for 30 long years of Civil wars on the island. She dedicated this song to those who were involved in the military and fought in the frontline. Apart from that, she published her one buy one single like “Rawwath Dasin” dedicated to her father; in December 2020, She released “Merry Christmas Baby” in English.

Yohani Diloka De Silva has the potential to become famous one day. Her mom identified her talent in music. Yohani Wanted to become a singer Since childhood,  and her dreams got wings when she started his Youtube Channel Yohani.

Yohani Started this Youtube Channel in 2016 and constantly uploaded her music and rap songs. You can get many famous Bollywood songs in her voice and live performance uploads on her youtube channel from her home. He loves to create her passion for getting wings.

Yohani continuously entertained virtually during strict lockdown imposed by the government in the Pandemic era of Covid-19.  She started writing and composing songs, and live performances started virtually on her youtube channel.

She got 1.5 million views when he released her first song, “Aaye,” in August 2020.  “Aaye” helped her to book her presence as an online Youtuber and social media celebrity.

Her Second Single Cover, “Sitha Dawuna,” was released in September 2020 in collaboration with “Chamanth Sangeeth” to Become a super-duper hit.

Her 3rd Single Cover, “Rawwath Dasin,” was released in December 2020, dedicated to his father.  This song brings her one of the most popular Youtuber in Sri Lanka.  Same Month in December 2020, She released her first English Cover song, “Marry Christmas.”

And Finally, that day comes when she released her life-changing  Song “Manike Mage Hithe” on May 22, 2021. Who knows if this single cover will change her life forever. Collaboration with Chamath Sangeeth, Anas Shajahan, and Yohani “Manike Mage Hithe” was finally published.

After getting hits on social media, it takes no time to get viral. The songs become a remake and are translated and blended with many Indian languages, Like Bengali, English, Tamil, Telugu, Hindi, and many other regional languages. The Songs get viral in Bangladesh, India, Nepal, Bhutan, and many other countries.

When her song became viral in India, many celebrities like Big-B, Tiger Shroff, And other stars and celebrities started making their reels on Instagram; it takes no time to make her famous in India. Her Instagram fan followers increased massively. Now she has become famous due to her magical song “Manike Mage Hithe” in India.

She becomes famous and viral on social media. Her own composed Song Manike Mage Hithe became viral and got 100 million views. She gets 2.32 million unique Youtube subscribers and massive 563k active Instagram subscribers.

Recently due to her popularity, she became known as “Rap Princess” in India and Popularly famous as the Singer of “Manike Mage Hithe.”

Recently Karolina Protsenko Who is known for her violin Covers, played the sweetest music songs on her violin while a street performing. You can check here with this great catchy violin cover tune just right now. Here is it.

Do you Know How Much She Earned from this Song?

When she started her music Career in 2016 on Youtube and Live concerts in Colombo, She only knew about her country. But After getting a super-duper hit, Viral Song “Manike Mage Hite” became popular globally, Specially In neighboring Countries Like India, Bangladesh, Nepal, Bhutan, etc.

After going viral, especially In India, massive subscribers, viewers, and Instagram followers increased tremendously.  And of course, you know, increasing traffic and subscribes she getting boost her earning too. According to a report, in July, she estimated earnings from her Youtube become $5800, which jumped ten times in August 2020.

In August, She earned from her Youtube Channel “Yohani” for the viral Song “Manike Mage Hithe” got more than $68,000.  You can be shocked that her three-month earnings crossed $1,11,800. Which is Amazing, isn’t it?

As per the reports says, Yohani’s Net worth 2022 is approx $1 million. Her income rose to $30,000 per month after releasing the song which went viral, “Manike Mage Hithe.”  We wish for her success in life, and she gets lots of wealth, fame, name, and better health.

Yohani Diloka De Silva is very famous in her social media profile. She is one of the social media influencers and social media stars. Recently she became a viral girl on youtube and Instagram after releasing the “Manike” song.   Yohani Instagram,  @yohanimusic  has 563 million Followers and increasing rapidly. Her Youtube Channel has 2.32 million active subscribers and growing.

We shall try to figure out what she likes and what she doesn’t like in this article.

Yohani has multiple hobbies, and she is one side a Songwriter, Composer, another side, she is a Youtuber, Singer, Dancer and also have hobbies like listening to songs and traveling.  She loves modeling too.

Does Yohani own any car?  Does she have a bike?  The and is simple No. She has not owned any of those items right now.

Some lesser Known facts About Manike Mage Hithe and Its Singer Yohani.

This article will try to present all the helpful information regarding viral Sril Lankan Singer Yohani Diloka De Silva.  We already covered Yohani’s Biography, Age, Height, Weight, Net Worth, Monthly revenue, and more.  If you have any helpful information that you think is useful, you must share it with us.

And if you like Yohani’s Biography and appreciate her struggle,  Musical Journey, you must share this article with your friend circle. Thanks for reading Yohani’s Biography; stay tuned with us for more exciting stories. 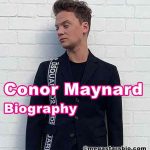